Have bugs been driving you batty lately?

Bats. We usually associate bats with Halloween, vampires, attics and even Batman himself. Unfortunately, Hollywood has misconstrued the real benefit of bats. The little brown bat eats roughly 4,500 bugs a night. With over 1 million bats being effected by White Nose Syndrome, that's roughly 4,500,000,000 extra bugs you have to worry about crawling into your house, destroying crops, or biting you. So why is everyone scared of these little non-aggressive creatures that help so much?

North America is currently in a bat crisis. The crisis is that we don't have enough bats and are loosing them at an alarming rate. Most people would think this is great, but in reality it is devastating on our environment. Many of the little brown bats that live in North America have contracted a disease known as white nose syndrome. This syndrome has a 96% total mortality rate in only 2 years upon infection. The disease is named after a white fungus found growing on the muzzles, ears, and wings of bats. Unfortunately, bats have no natural resistance against this which is causing much of the devastation. This disease is now affecting bats from Oklahoma to Canada to Tennessee to New York and everywhere in between.

They recently held a lecture featuring Greg Turner, a Wildlife Biologist and Endangered Mammal Specialist with the Pennsylvania Game Commission. The focus was on the local efforts to save the regional bat population from extinction. The Heritage Conservancy currently is focusing on the Durham Bat Hibernaculum (bat mine) to treat and prevent more bats from contracting the disease. By the end of last winter half of the bat population was lost in this mine. Now roughly 8,500 bats hibernate in this mine. 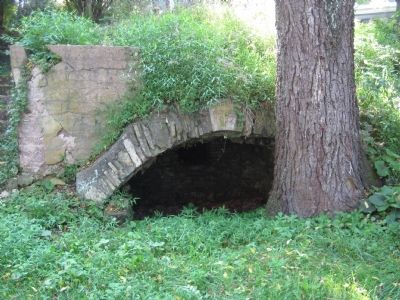 We had the chance to speak with Sandra Yerger from the Heritage Conservancy about the bat crisis. Yerger has been working diligently to prevent the white nose syndrome from spreading any further. The Heritage Conservancy is working with the PA Game Commission, Bucknell and Northern Kentucky Universities to construct “bat boxes” or “mini-condos.” These will be spaces in which bats can safely produce offspring and colonize. Bats will safely live within seven chambers, which is a much larger space then the standard size.

The Heritage Conservancy is holding two programs on September 17th & October 9th called “Bats–Flight and Fantasy in the Night.” You can learn about the benefits of bats, their habitats and how to bat proof your home. Yerger will be speaking at both lectures. Attending these programs is a great way to learn about the bat crisis.

Yerger is just one of the many people who are passionate about these little harmless creatures and urges everyone to become more educated. “This truly is a crisis, no question about it,” said Yerger. Although there is no official scientific evidence because of the short time span, the problem is clear, less bats, more bugs! This may result in millions of more bugs a year if bats continue to become extinct. Farmers in Bucks County will be greatly affected by this and would force them to use more pesticides. It's clear – save the bats!

The easiest way to help is if you find a bat, contact the PA Game Commission immediately. The most important thing to do is to not hurt the bat. They are not aggressive creatures and don't want to be in your house anymore than you want them to! Safely trap the bat, or leave it alone until officials are able to capture it. If you find a dead bat or bats, don't just dispose of it, contact the PA Game Commission. This is a vital part in learning more about the white nose syndrome and can really help the researchers. You can also donate to the Heritage Conservancy to help in the efforts.

If you're not convinced yet, just think, what would Halloween be without bats?

To learn more about the Durham mine and bat colony, visit their website.